This is our ECON 3240 page on Homelessness. It has been many years since Angela Mooney rode in a long black hearse to dramatize her opposition to a shelter for homeless families in Briarwood Queens. But blocking the shelter Mayor Koch she and her neighbors formed the Briarwood Shelter Community Advisory Committee to make sure the city treated the range of problems the homeless face (including the threat of COVID-19). Now Briarwood has a whole range of shelters and social services agencies. Many argue homelessness is a symptom of other problems, including lack of jobs, mental illness or very high rents and housing costs. Hence the best solution for homelessness may be to find and/or train for a new job. Two NGOs that focus on job search and training are ATD Fourth World in Paris and Madrid (see Banerjee & Duflo 2019, p 234) and Homeboy Industries in Los Angeles. Both of these groups focus on moving homeless or returning citizens into productive employment (see their web pages).

New York City’s Coalition for the Homeless is a very active NGO advocating on behalf of the Homeless.

NY TImes April 17th 2021 One way to get people off the street: Buy Hotels

An April 2021 article in The City profiled homeless New Yorkers living behind the Bronx Zoo and summarizes a recent Coalition report titled the View from the Street. Critics of welfare sometimes claim the system itself creates the problem: this is one case where there may be an element of truth in this charge: to get access to “Safe Haven Housing” in NYC one has to be observed living on the street so to speak for one year… read this report for more details. That said, the pain and suffering implied by living outside in NY during a February NYC Hope Count to obtain “free” or low-cost housing reveals how absurd this “welfare-causes poverty” argument is (affordable housing is another story, A Billion Americans on why) so what we see as homelessness may be a long line of people waiting (desperate for?) safe & inexpensive housing… see Jencks, 1995 The Homeless (978-0674405967) GS: cited by 800

This video is a PBS Newshour feature on a Dallas Program

Giving people homes as soon as they need them – unconditionally. Finland is the only EU country where homelessness is falling. How does it deal with homelessness, is this solution applicable in other cities or countries? See Facts about homelessness in New York City 2019 HUD on housing market predictors homelessness in a city… pdf report

Tiny houses in Toronto (NY Times April 2021) Tiny Houses for Homeless in LA: are they humane? 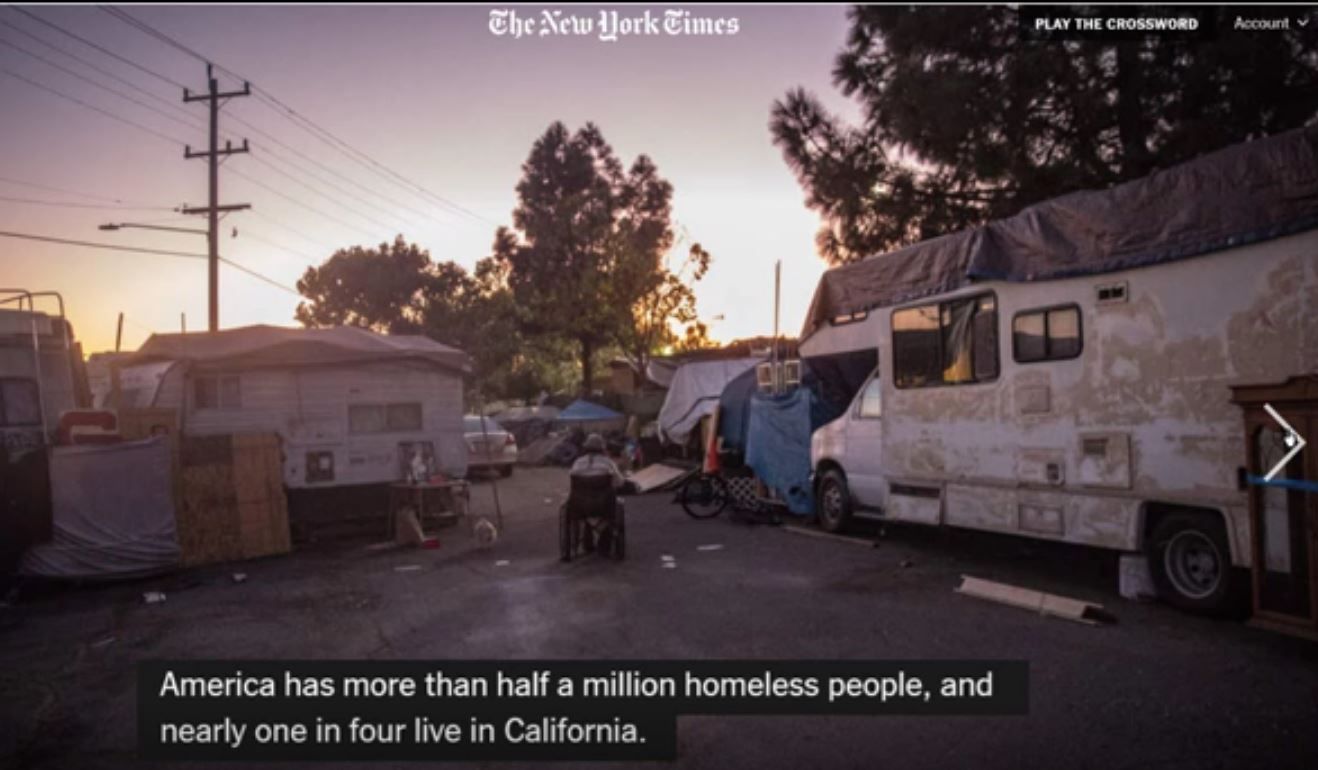 Is Public Housing Demolition the Problem? See the Towers came down, and with them the promise of public housing NY Times Magazine, Feb 6th 2018