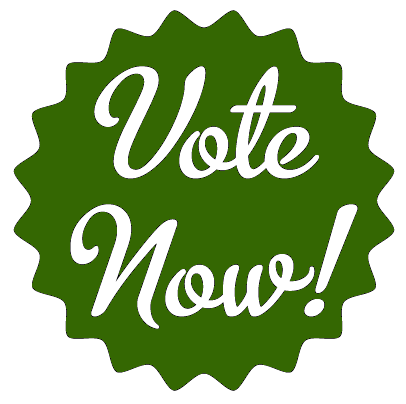 Congratulations to Professors Albert Fishlow and Nora Lustig for their new title of President Emeritus in recognition for the creation of LACEA. The award ceremony took place in the context of the 2017 meeting of LACEA in Buenos Aires, November 10 (Hotel Inter-Continental, 12 PM). Read the whole announcement here.

Sobre México: Temas de Economía,managed by Universidad Iberoamericana-Ciudad de México is currently seeking manuscripts with applied work on the Mexican economy. The Journal publishes online as soon as they are in final publishable form. The journal accepts articles in English and/or Spanish. Please visit this site or write to isidro.soloaga@ibero.mx for further information.

OnlineColleges.net features resources for prospective and current students to cover all topics from applying to college to staying healthy to landing a job after graduation. Recently, the site added a resource guide that provides students with an overview of what open online courses are and how they can be useful for those interested in additional learning opportunities. For more information, you can find the resource here.

Less than a year after discovering he had cancer, Hans Rosling died in Sweden on February 7th, as reported by Gapminder.  A medical doctor who dedicated his life to improving public health in the poorest countries in Africa and Asia (Mozambique and Bangladesh and most recently in Liberia during the 2015 Ebola outbreak.  Starting in the field Hans Rosling made an equal or greater contribution the Development field, communicating the transformation of the Developing world that started in the 1990s, a transformation starting in but not confined to China and South Asia.  He attacked the developed-developing country as an obsolete world view.  Combining income, fertility and child survival rates, he painted a data driven development vision of the World that integrated demography, economics and public health data.  Starting as a stunning TED talk in 2006 was eventually distilled into a series of provocative and entertaining videos on a range of subjects from religion to population growth.  The Joy of Statistics is a 50+minute BBC special on our data driven world.  More recently his “don’t panic” documentary on population growth took us back to the Dhaka and Maputo, starting of course in the hospitals he knew and in some cases helped establish.  He never stopped doing field work even as he came up new passionate data arguments and ideas.  Particular remarkable and moving is his work during the Ebola crisis in Liberia, where he worked with Margaret Lamunu and Luke Bawo at the Liberian Ministry Health.  His 15 minute March 2015 presentation on the spread of Ebola is quite remarkable, as is the recent 25 minute post humus program done by the BBC’s More or Less group. 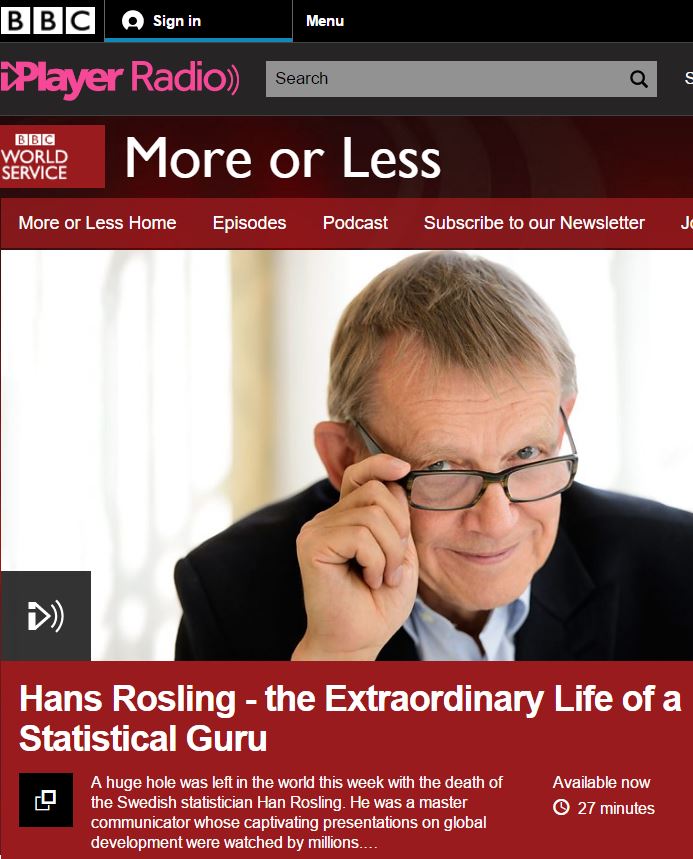